An African man was respected, feared, and obeyed. He was expected to be strong, fierce, and brave. Not tiny Kipng'eno.

I was 14 years old and ripe for our tribe’s rite of passage—circumcision. Among the Kalenjin, particularly my Kipsigis subtribe, boys of ages 12 to 16 would bridge to manhood through circumcision.

I was ripe by virtue of age, maturity, and conformity to the tribe’s traditions. I did not, however, feel “ripe" enough. I felt meek, tiny, and deficient in courage—but all that would change when I realized what more circumcision would mean to my life.

I had always been an apt student. I listened keenly to Father’s tales of “them days" and craned my neck a little longer to marvel at his mementoes from then. Father had walked me to nearly every clan member's house by the time I was four. By eight, I knew all there was to about our family's lineage, clan history, and tribe’s migration and settlement. Neither of my two elder brothers shared my delight.

What nobody ever told me in my 14 years alive, disconcertingly, was that our clan had more secrets than the whole tribe could contain. Revelations began in the year of my initiation.

Her long, dark hair cascaded over a bent back. Mother straightened up, having served the last cup of tea. The room was packed with undertone chatters, clangs, and occasional laughter.

“Kipng’eno,” Mother called in an unusually soft voice.
Did she sound sad? Afraid? Sorry? Perhaps it was that this was going to be the last time she called me by my middle name (publicly), or that we would no longer have our gossips over tea. I would miss our friendship, should things change.

“Bless this gift before us,” she said.
A gust of mighty rushed through me. I suddenly felt big, strong. I felt like a man and the pride smeared my face with a smile, which I bit away. I stood, bowed my head, and prayed for not only the tea, bread, mandazis, and my brothers in ritual but also for my soul.

AM. Leaves rustled in the dark, cold night. Then the drizzles... drizzles... drizzles? My eyes flickered and I saw darkness, a distant flame, a man over the... flames. Darkness... light... men sat around the flames. They looked liked trees, bowed by the howling wind; together, but parting with a howl and the dancing flames.

AM. We could not tell what time it was exactly, just that it was the AM; dark as death, freezing cold and drizzling on our naked bodies. We looked over the hazy horizon, sipping soreness, sipping trickles of the drizzles, sipping cold, cold thoughts, and feeling the anaesthetic wear off. Pain—our mouths danced in the AM; five naked bodies, jogging, breathing in COLD and out WARMTH, jogging, sipping soreness, and the trickles. We spent hours in silence.

“7 AM,” announced Kipki, our caretaker, “RUN!”
We noticed his tonal change and traded looks, comfortable in the uncomfortable wooden bench, which pressed and pricked our naked buttocks. It was less cold but freezing, nevertheless. We felt confused and angry; we understood the order, just not why it had to be done in all that pain, all that cold, and all that early. It was when Kipki raised his cane that we took off.

Our directives were to cleave a path through the neighbouring woods; we would use it in our morning dashes to collect dew from the fields beyond—our old men believed it was good for the healing process. What we did not know was that we were headed for the actual initiation and like sheep, we drove ourselves all too nescient.

Five men suddenly emerged ahead; we froze. They were dressed in nothing but the grace of God. Their faces were besmeared with red ochre and in their hands, were spears and canes; they struck one to the other as they walked, “Tak!” “Tak!” “Tak!” “Tak!”.

I had heard about boys who were circumcised in the indigenous ways and how they loathed those of our kind—they would attack to prove how weak and soft we were. These were men with spears and canes; canes were all we had. “Kipng'eno... taa’chan,” said the front man. Kipng’eno... welcome me, I thought, startled. I studied his face and for the first time, noticed something eerie. It looked more like a mask than a face and his eyes appeared distant, rounded, and empty. Welcome me, I thought.

A second man stepped aside from the rest.
“Kipkirui... taa'chan,” he said to the guy behind me.
“Kipkirui... welcome me.”
We traded looks. Their leader then stepped forth, stretching our his hands. In a way, I could not resist his pull; he was like a giant magnet, and I, a metal shard. Our bodies slammed into each other and became one.

I checked myself, feeling different; feeling... occupied, and aware. One second, there had been two of us and now there was only one—my mind drummed questions. A whisper then suddenly echoed within me.
“Kongoi,”
Thank you.
I looked at my fellow initiates and the same seemed to be happening to everyone. Our ancestors had possessed us and would be with us for the next three months.

Weeks passed after the events of our first day and nobody spoke of them. We led the lives our ancestors desired, became them, and often thought like them. At night, when we were asleep, their souls would wake within us and all five occupants of our bodies would sit us around the fire and have their sweet old conversations, “Tak!” “Tak!” “Tak!” “Tak!” Striking, as they spoke. We would wake in all manner of positions, tired and some confused.

This is what initiation into the clan meant. It was becoming one with the people; dead and the living it was no wonder adults in our community were mostly driven towards developments of not only their families but also the entire clan—the river must live and flow.

The final day came and we took up new names that would be our shields—surnames. They were our ancestors’ names; the men we had somehow become. And while we would part ways in a final ritual of, “Covering The Paths,” parts of them would remain with us forever. 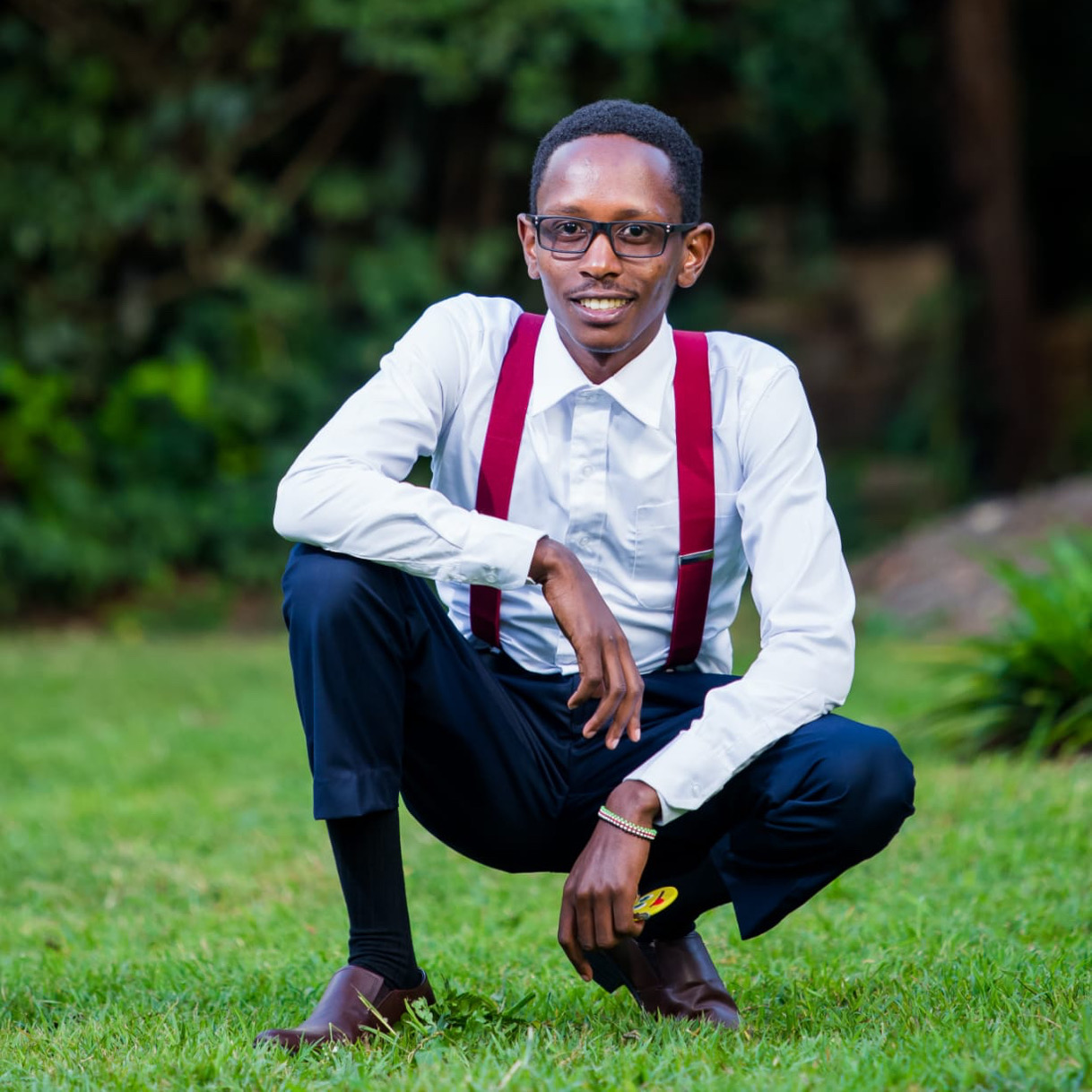 I write poetry and fiction from Nairobi, Kenya. Africa swirls in African and African culture brims with life. I weave Africa into fiction tales on society, the impossible, the deniable, and the possible. My skin is as black as my ink on white; Africa swirls in me, as I scribble my black. 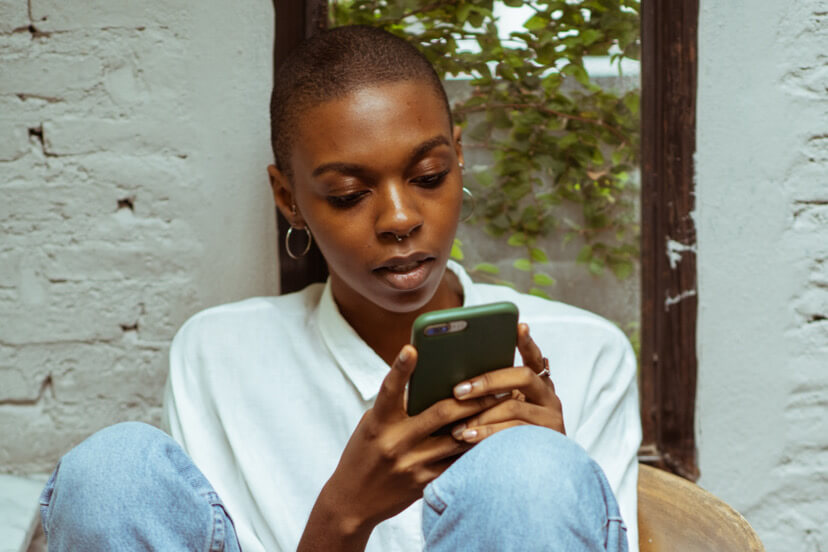 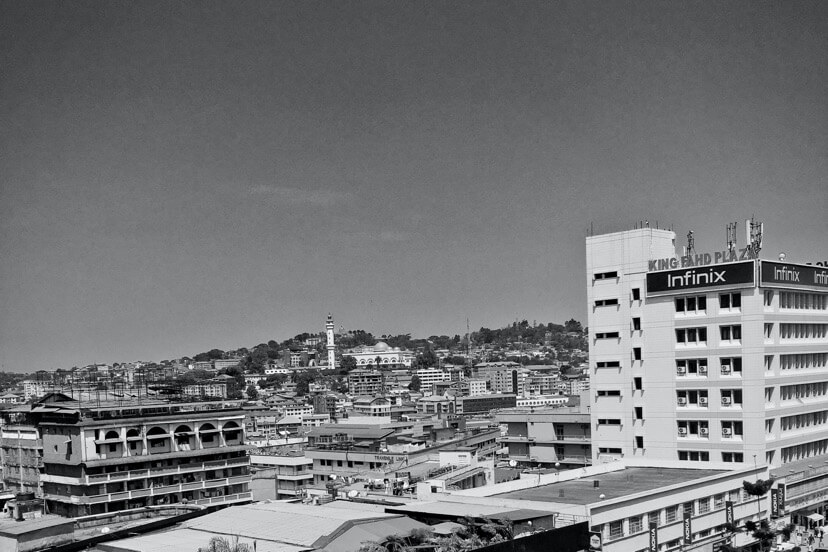 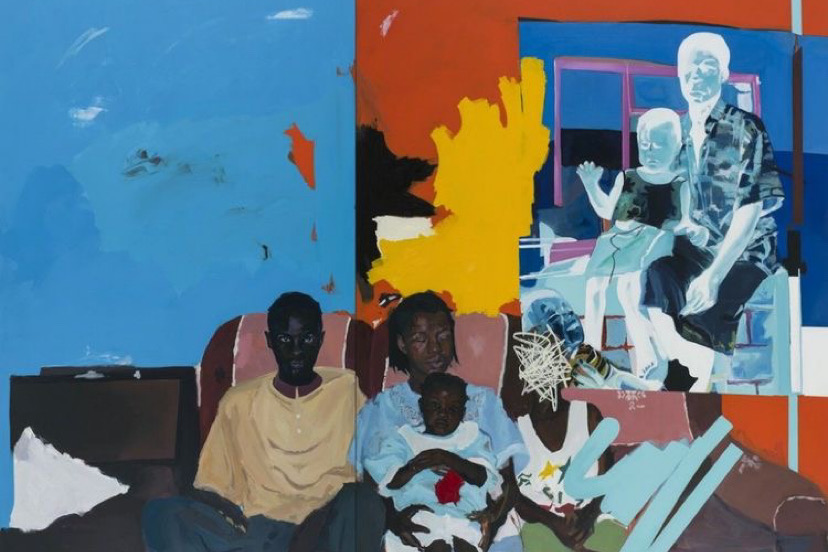 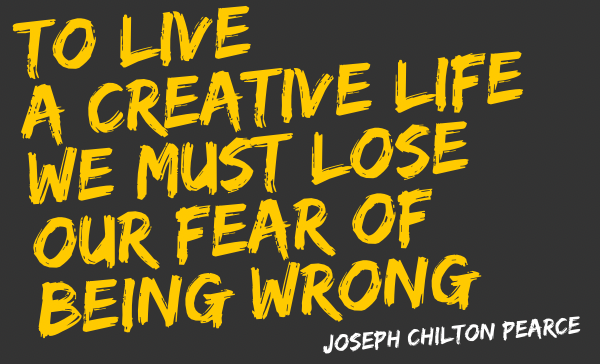